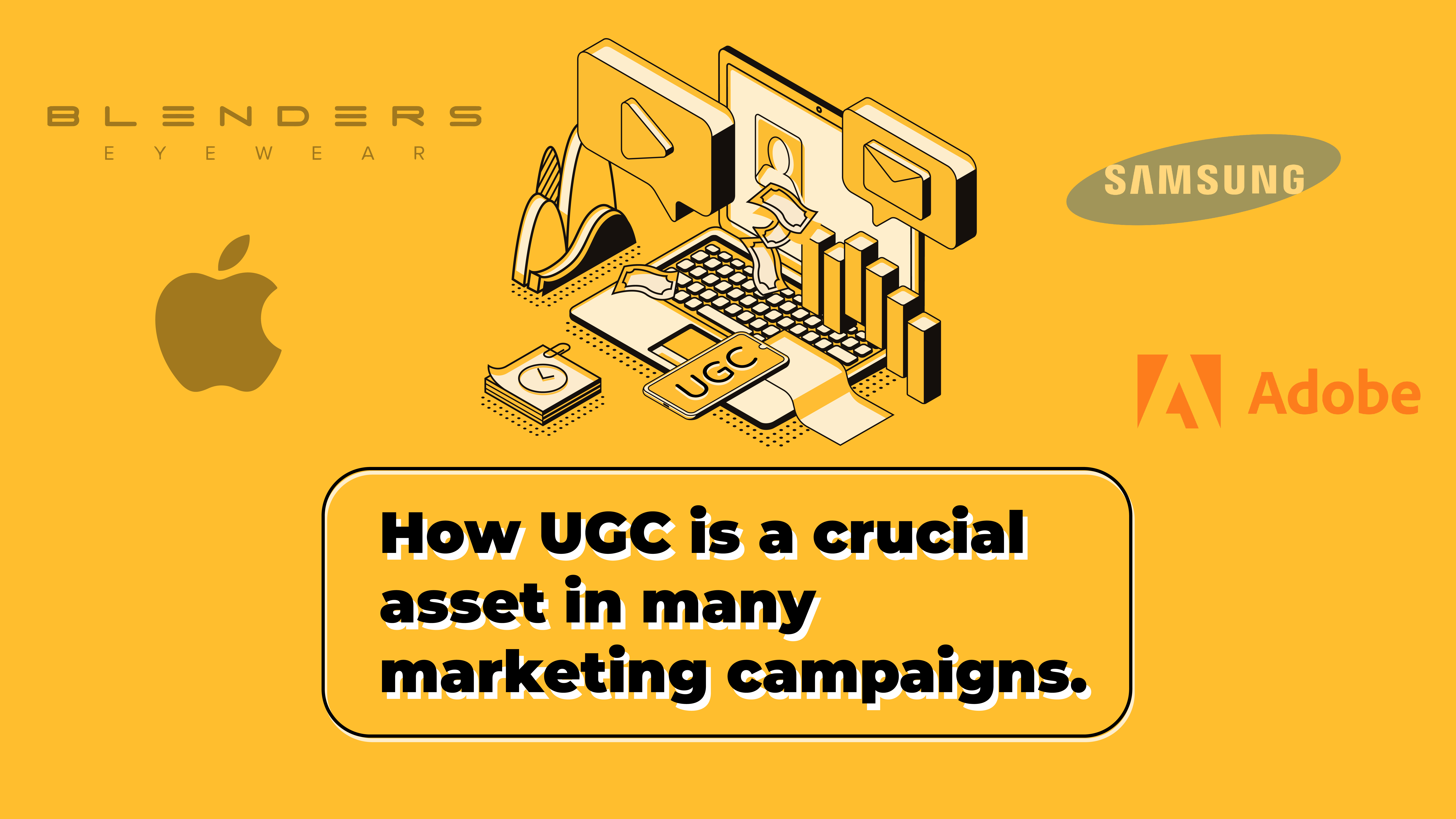 User-generated content (UGC) is content that is created by customers other than brands. They can be in the forms of text, images, videos and reviews etc. Brands very often take this content and share them on their own social media accounts. UGC has been one of the brands’ favourites for some time now. If done right and strategically, brands of all sizes will be able to engage potential and existing customers with authenticity. In this blog, we will discuss how UGC is a crucial asset in many marketing campaigns.

Let’s face it, people. We all are supporters of genuineness. The attribute of being ‘real’ closes the gap of ambiguity between people. It works the same with advertising campaigns. Nothing is more compelling and convincing for a potential customer than seeing other people also enjoying the same products. This is the path UGC wants to take. According to a survey carried out by Stackla, consumers are 2.4 times more likely to view UGC content as authentic compared to advert content created by brands. Side note, one common phenomenon is that brands seem to overestimate the level of authenticity their own advertisements contain. While 92% of marketers believe that most of their self-created content is as authentic as the ones user-generated, over 50% of consumers believed only a small number of brands create content they actually find genuine.

Search engine optimisation means a great deal in this technology-driven market. It is something that marketers of enterprises of any sizes should take seriously, especially when UGC and SEO are directly linked. According to Kissmetrics, 25%of search results for the World’s Top 20 largest brands are links to user-generated content. As a brand, if your users are publishing blogs that highlight your brands or products, it improves your SEO ranking. It makes it more likely that your brand will pop up as the first results in search engines. Combining the fact that only 25% of users go to the second page of search results, it is vital for marketers to boost their SEO so their brands don’t get buried in the 14th page on Google. Utilisation of UGC will help!

All marketing campaigns essentially lead to one main pursuit: Positively impacting purchase decisions. Using UGC as a marketing technique is no different.

Have you ever travelled to a country you’ve never been to? I remember when I went travelling alone in Japan and needed a bite, the first thing and only thing I did to make sure I got good food was to look online for peoples’ reviews. Customers’ opinions matter, at least more than the slightly biased ones made by the brands. Studies have shown that 92% of consumers trust recommendations from people they know, and 70% of them trust opinions made by online consumers. The inclusion of user-generated content in advertising campaigns is able to massively impact purchasing decisions. Numbers are definitely in its favour and you are likely to be missing out if you have not yet incorporated UGC in your campaigns.

To stress the importance of UGC, we are going to give examples of real UGC-included marketing campaigns by various companies to illustrate the point.

Samsung has been a collaboration partner with K-pop girl group Blackpink for years. Samsung once launched a hashtag challenge name #danceAwesome before the release of a new phone. The well-known K-pop stars posted TikTok videos where they danced to the campaign’s chant “Awesome screen. Awesome camera. Long-lasting battery life.” Samsung incentivised the challenge by giving away the new product to the selected winners of the challenge.

It is safe to say that the campaign was a huge success. Not only did the Internet blew up with millions of people dancing to the chant, but popular celebrities and influencers also made Tweets and TikToks about it. As a result, Samsung has earned a significant amount of publicity as well as authentic exposure to their new product thanks to user-generated content.

Did you know that Apple’s consumers were once unsatisfied with the iPhone? The camera capabilities on the iPhone were once described as mediocre and average. Just when we thought Apple was starting to lose out on supporters, UGC came to the rescue again.

The campaign, #ShotonIphone, was launched where iPhone users would take low-light shots, some of which made it to the Apple Instagram page. The campaign showcased some of the most well-taken low-light shots captured by the iPhone Lens. The campaign was a huge success. Not only did Apple regain trust from its sceptical users, but engagements within the Apple community also skyrocketed.

An obvious way for editing companies such as Adobe to advertise would be to share beautiful designs using their software. Being the highly successful firm that Adobe is, they have heavily utilised user-generated content in their campaigns.

The company has started an Art Maker Series, creative designers were asked to share their well-crafted artwork and to highlight which Adobe products were used in the process. From then, Adobe had collected thousands of breathtaking designs that could be used for user recommendations, product/feature promotions and various endorsements. Adobe has effectively showcased the capabilities in its software to create masterpieces.

All of the above examples were done on Instagram, let’s move on to Facebook and see how UGC was a valuable asset to companies on this platform.

Blenders Eyewear, a US company, blended reviews and star ratings from previous customers into their ads using Facebook’s Dynamic Product Ads function. While it helped engage with previous buyers, it also injected a dose of authenticity and had potentially attracted more first-comers. As a result, Blenders Eyewear had increased their return on ad spend by 62%, alongside increased exposure of the brand following a burst in likes, comments and shares. Not too shabby!

With 48% of consumers agreeing that UGC is a great way to discover new products while finding them authentic and relatable, it almost seemed like a no-brainer for companies to integrate content from their customers in future advertising campaigns. By targeting the most important people in a business - the customers, many businesses have experienced success and there is no doubt that we will see much more of it for years to come!

Subscribe and be the first to receive marketing news!
Thank you! Your submission has been received!
Oops! Something went wrong while submitting the form.
Launch your Influencer Campaign in minutes!
Sign Up